Competing Without your Coach

My friend Nicole, the person in charge of the nonprofit My Bruises are From (mybruisesarefrom), asked me a great question the other day:

“I kinda have a desire to travel to a tournament completely by myself, without team, without coach… maybe to see how I feel on my own? If I end up moving someday, it’s nice to know I have been to other academies to train & still love bjj…maybe I wonder same about competing. Is it just fun when I go with team or is it fun anyhow even alone?”

Competing without a coach or team present is an important step in the evolution of any competitor. Most people who do BJJ do not actively compete, and even the most dedicated coaches very often have day jobs and families so they can’t always be there for their students/athletes. The ability to go compete by yourself is valuable and crucial if you really want to become a strong competitor.

Another key point is that while we do not throw blows in competition, competition is the closest that pure BJJ practitioners ever come to actually being in a fight. I say this because even if strikes are thrown in the training room, our training partners do not want to hurt us. Very often at competition our opponents at the very least are indifferent to our wellbeing and at worst would like inflict injury upon us. If you get into a fight or altercation you probably won’t have a coach there to tell you which moves to do when, you might want to test yourself in competition without a coach present and see whether or not you are able to choose the right techniques at the right times when under pressure.

Then there’s the factor of freedom. There have been times when I’ve been planning some sort of trip only to find out there was a competition in the area where I was traveling. While I’d prefer to have my coach present, I’m not going to skip a competition just because he isn’t.

Anyone who has ever been to an IBJJF event knows that it’s hard to hear your coach’s voice over the roar of the crowd. Also sometimes your coach is preoccupied with coaching someone else. I’d rather have my coach take care of a newer student who doesn’t know what he or she is doing than tell me to do stuff that I already know to do.

My preference is always to have someone there to coach me, as they may see something I don’t see, for example if my opponent is breaking a rule. There’s also something to be said about the support of another person. However, it’s not always possible, and it’s important for any true competitor to have the ability to compete without the guidance of a coach. 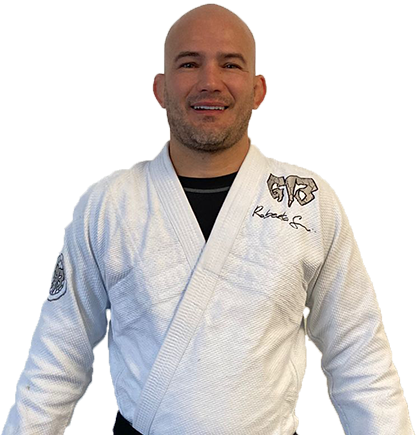